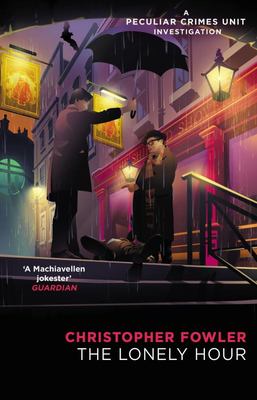 The Lonely Hour (Bryant and May Book 17)

On a rainy winter night outside a run-down nightclub in the wrong part of London, four strangers meet for the first time at 4-00am.

A few weeks later the body of an Indian textile worker is found hanging upside down inside a willow tree on Hampstead Heath. The Peculiar Crimes Unit is called in to investigate. The victim was found surrounded by the paraphernalia of black magic, and so Arthur Bryant and John May set off to question experts in the field.

But the case is not what it appears. When another victim seemingly commits suicide, it becomes clear that in the London night is a killer who knows what people fear most. And he always strikes at 4-00am.

In order to catch him, the PCU must switch to night shifts, but still the team draws a blank. John May takes a technological approach, Arthur Bryant goes in search of academics and misfits for help, for this is becoming a case that reveals impossibilities at every turn, not least that there's no indication of what the victims might have done to attract the attentions of a murderer that doesn't seem to exist. But impossibilities are what the Peculiar Crimes Unit does best.

As they explore a night city where all the normal rules are upended, they're drawn deeper into a case that involves murder, arson, kidnap, blackmail, bats and the psychological effects of loneliness on Londoners. It's a trail that takes them from the poorest part of the East End to the wealthiest homes in North London - an investigation that can only end in tragedy...